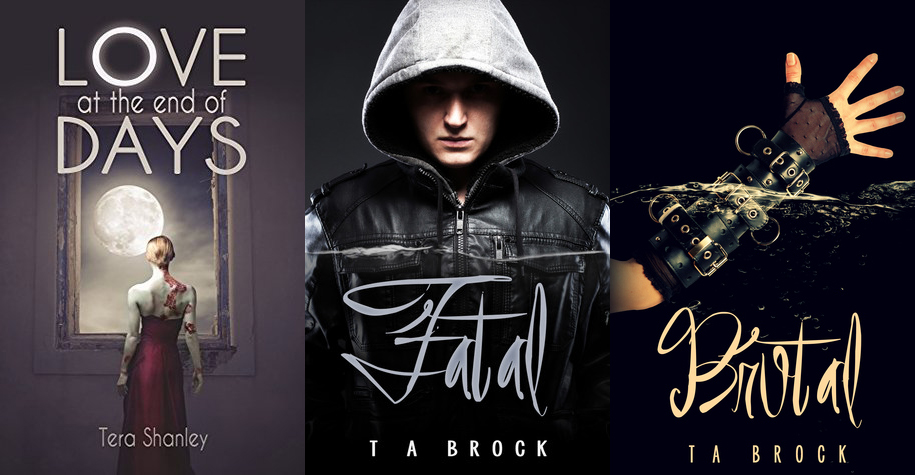 LOVE AT THE END OF DAYS – Available now!

BRAIIIINNNS! It’s our final week of Halloween takeovers to celebrate LOVE AT THE END OF DAYS by Tera Shanley and FATAL and BRUTAL by T. A. Brock. This week we have bone-chilling swag, eerily amazing zombie books, and a life-saving guest post from T.A. Brock herself! Also, check out the Rafflecopter and enter to win!

How to Tell if Your Best Friend is a Zombie

Hi, friends! Today I’m here to give you a little heads up. I’m going to explain how to tell if you best friend is a zombie. “Wouldn’t it be obvious?” you say. Well, not necessarily. Not if your best friend happens to be a FATAL zombie. These crafty undead guys and girls can actually blend in with humans. Outwardly, they’re not much different than we are. But if you are very attentive, you can learn how to spot a FATAL zombie.

They drink excessive amounts of water– Like, more than a person on a weird body cleanse or someone prepping to run a marathon. They never drink anything else. Just water, and lots of it. After they contract the Riser virus, this is the only way they can stay animated. Without water, their organs dehydrate, they begin to resemble a dead person, and can die. Again. And for good this time. Without water, there isn’t much hope for a FATAL zombie.

They love the rain a little too much– Besides consuming water to stay functional, they can also absorb it through their skin. This means any time they have a chance to touch water, they will. The more natural it appears, the better. They might purposely stomp through a puddle or swipe their hand through a full gutter. Instead of long walks on the beach, they like long walks in a thunderstorm.

They don’t eat in your presence– You’re out to lunch and they’re armed with their water bottle but… nothing else. They “aren’t hungry” or they “already ate” or “there’s nothing they like”. That last one is probably true, since zombies only eat raw flesh. In the form of uncooked meat. Mostly. What I’m trying to say is they don’t eat humans. Mostly. Oh, never mind. Read and see!!!

They have a strange “birth mark”, sometimes in the shape of a bite– It will be a purple-ish color, similar to a bruise. This is the place where the virus first entered their system when they were still human. They call it a “skar”. It can be circular, oblong, or in the shape of teeth marks, depending on how the person was infected.

They have odd eyes– Have you ever seen them angry? Do their eyes turn brown or yellow and vein-streaked when they’re mad? Maybe you’ve told yourself you were seeing things, but think again. You’re friend is probably a zombie.

Did you answer yes to the questions above? Then, hate to tell you this but…

Your friend is one of the undead.

Don’t despair though. FATAL zombies value their anonymity (for the most part) so they keep to themselves. Your friend probably isn’t dangerous. Unless he happens to be a rogue (a zombie who eats human flesh). In that case… if you are still alive… 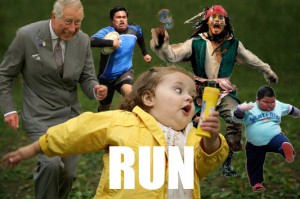