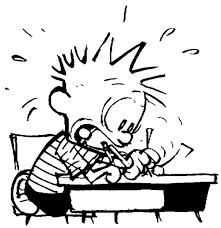 Don’t be afraid to start over.

For most of my life I’ve been the kind of person who loves a chance to start over. We moved a few times while I was growing up, and though it was hard, it was a chance to meet new people as the brand new me. After graduating from HS, I was super excited to head halfway across the country to start my new college adventure. Even now, married almost 10 years, I find myself bored with an area after a few years. I get the itch to explore new places and meet new friends.

Unfortunately, this does not trickle over into my writing. Oh how I wish it did!!! Right now I’m at that ugly place of starting over. I finished my debut novel in early 2013. It’s the first in a series, a trilogy that is outlined to the very end. I started book 2 a couple months later, but battled with every single page to make progress. It wasn’t working. I had no inspiration-even though I KNEW where the story was going. So anytime I got a hankering to work on it, I’d convince myself that maybe book 1 could use a little more tweaking instead.

So I tweaked and tweaked, and enlisted beta tweakers and CP tweakers to find every little thing that could be tweaked. Now months have passed and I’m in the habit of going back to book 1 instead of writing anything new, which isn’t bad per se. I am SO happy with book 1 now; I could kiss it and hug it and squeeze it and love it and call it George. But sometimes I just want to kick myself because if I would have just written new stuff over the past six months, I’d have another book to tweak!

But I’m not writing this post to give myself a verbal butt-kicking. This is about starting over. As a newer writer, I envy more experienced writers who seem to be cranking out thousands of words on a daily basis. I cringe when I hear them talking about cutting thousands of words that weren’t working or, heck, starting all over! I want to hide under their computer desks with a broom and a dust pan, sweeping up their murdered darlings so I can sprinkle them onto my empty pages.

Until recently, I thought anyone who started over, or cut scenes, must have more words than they know what to do with or were just plain crazy. Definitely crazy. Because if anyone had to try as hard as I did to fill each and every page, they would cling to their words like they were the precious. Surely cutting or starting over wasn’t the answer. Maybe the words needed more tweaking. But then we’re tweaking already on something that isn’t even finished. And I NEED to finish! But the words weren’t coming.

Then a funny thing happened. Last week, as I stared at the words I’d squeezed from my fingertips–painful drops of blood, sweat, and tears–I had the following epiphany:

Other Me: Kill them. Filthy wordses. Kill them all.

Me: No, not the wordses. We needs them. We loves them.

Other Me: Sneaky little darlingses. They tricks us. They lies to us. We must stab their eyes out.

Other Me: They betrayed us. Wicked. Tricksy. False. We ought to wring their filthy little necks. Kill them! Kill them! And then we make new ones… better ones!

Other Me: Yes, better ones, my love.

Me: Yessss. Better ones.

AND SO I KILLED THEM ALL. I did something I thought I’d never do. I STARTED OVER. I closed my eyes and created new words, better words. Words that should have been there all along. Words that felt right. Words that I LOVED. Words that inspired more words. Words that might actually finish a book! Heck, maybe I’ll start over ALLTHETIME.

Er. Wait. No. No, I won’t. Because it isn’t easy. Even when you want to start anew, it isn’t easy to let go of something on which you worked so hard to create. But I’ve learned a great lesson. Sometimes we HAVE to let go, start over, to find the pot of gold at the end of our rainbow.

What are your experiences with first drafts? I’d love to hear your comments or Tweet me your thoughts!

6 Responses to Starting Over