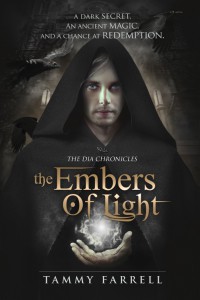 The descendants of the ancient gods think they’ve found peace, but the time has come when new magic and ancient powers will collide…

Stripped of his Dia powers and left to rot, Malcolm is a prisoner of Valenia—a sentence he finds worse than death. His thoughts of revenge are the only thing keeping him sane, but when he finally manages to escape, Malcolm discovers that living as a mortal is more dangerous than he ever imagined. After stealing from the wrong man, Malcolm becomes a captive once more, only this time his punishment is one that he won’t soon forget. His only hope of survival is Seren, an enigmatic young girl with golden eyes and a malevolence to match his own.

When he’s led to Mara and Corbin, the two responsible for his fall from grace, their new faction of Dia is in chaos, infiltrated by an ancient power thought to have been banished forever. This only fuels Malcolm’s ruthless ambitions, but he soon realizes that he too is under attack, a pawn in a centuries old game of power and greed. As new battle lines are drawn, Malcolm finds himself in uncharted waters, forced to choose between helping those he’s vowed to destroy or give in to his lingering desire to settle the score.

Debts will be paid, lives will be lost, and no Dia will ever be the same.

Tammy Farrell has done it again! I was completely enamored with the first installment of this series, The Darkness of Light. And what’s not to love about gorgeous writing, fantastic world-building, and characters who pull at your heartstrings?!

Embers of Light continues in the same vein, but this time with a major focus on Malcolm, a character that was the evilest of villains in the first book. His story is developed so masterfully in book one that you can’t help but hating him for the creepy, nasty, power-hungry man he is. And so when I began Embers, I couldn’t wait for him to get what was most certainly coming to him. HE DESERVES EVERY BIT OF IT. Little by little, as he’s fighting to restore what was taken from him, his world deteriorates, he’s physically damaged, he’s emotionally and mentally dragged through hell and back…And I actually began to feel sorry for him. Not only that, I liked him. I wanted him to find relief, to attain his goal, and to triumph over his oppressors!

As in book one, we also continue the journey of our beloved heroes, Mara and Corbin, who also evolve as characters in such an amazing way. Now I wasn’t happy with some of the twists and turns, not in a bad way, but in a way where I understood they were necessary for the characters to really discover who they were and what they wanted for themselves, in a way that leaves me DYING for the next installment of this series.

Overall, Tammy has outdone herself with this absolutely stunning piece of literature. As far as sequels go, it is one of the best I have ever read. It. Is. Amazing. *Standing ovation for Ms. Farrell*

By the time the smell of smoke and roasting meat finally reached Malcolm, and his hole in the ground was completely black, he knew the time was drawing near. The sound of laughter and flutes from above stoked the fires of determination within him, while the repetitive drumbeat counted down the minutes.

His mind wandered as he stared sullenly at the walls of black earth. He clutched his mangled hand to his chest, far too weary for anger. He was humiliated. Over and over again he’d been disgraced, robbed, laughed at. The hardest truth to face was that there still might be more degradation to come. He had wanted everything and succeeded at nothing. Hope was now but a whisper in the past, still carried on the winds, but too distant to hear.

Malcolm pressed his head against the soft earth. He had nothing left to lose and nothing left to love. Even his own mother had become an unseen shadow, abandoning him in his time of need. She was useless to him, as she always had been, and he vowed that if she ever showed herself to him again, he would speak any word that might pierce a mother’s soul. 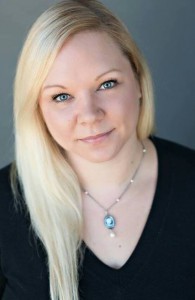 Tammy Farrell grew up in Orangeville, Ontario Canada where she discovered her love of writing, and all things related to Edgar Allan Poe. She now lives with her husband and six fur babies in Greenville, South Carolina, where she attempts to learn French when she isn’t busy writing.

Learn more about The Dia Chronicles and Tammy Farrell’s other works at: www.TammyFarrell.com