BRUTAL by T.A. Brock on Amazon

Words don’t describe how excited I am for the release of BRUTAL, a prequel novella to the zombie romance, FATAL, by T.A. Brock! It’s full of juicy backstory for Leiv, and we get hints to Grayson’s mysterious origin story. If you are new to the FATAL Series, this is a great place to jump in!

No matter how brutal, the law must be kept…

Leiv Patch was killed, turned, and left to his own devices. With nothing more than an ancient tome to educate him in the zombie ways, he’s eked out a lonely—and sometimes miserable—fifty years of undead existence. When he meets raven-haired Iraina Lukin on a 911 call, he begins to realize that being a riser doesn’t mean he has to go it alone. Having a Save means anything is possible. Love, family, a future. The only problem? A union between a riser and a human is against the Oracles’ law…and Iraina doesn’t want to be turned.

Conner Grayson lives as a street kid in the Windy City after his father is locked away for murder and his mother overdoses on drugs. Street savvy, he becomes extremely good at surviving. Never make friends—that’s the key, then nobody can screw you over and you never owe a soul. It works. Until he meets Leather. She’s quiet and sad, but something about her draws Conner in. He looks for her every morning in the shelter lines and before long, they’re inseparable. But Leather is not as she seems, and soon his friend is making him an offer he can’t refuse: she can make all of his brutal heartache and struggle to survive go away. All he has to do is say yes. 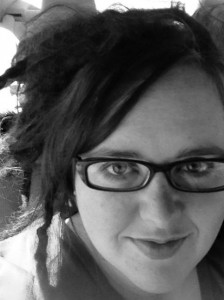 T.A. Brock lives in Oklahoma, where Zombies do not thrive. When not immersed in the world of fantasy writing, she enjoys spending time with her big girl, baby boy, and hubs. Some of her favorite things are coffee (specifically with cream, sugar, and chocolate), music (especially something with a good beat), books (especially paranormal), and tennis. She despises raw meat and therefore is exceedingly glad she’s human.