It Takes a Village: My Path to Publication 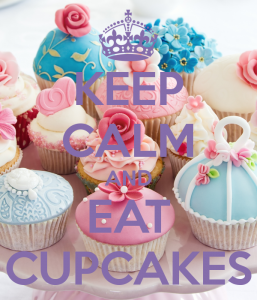 Well, this is the big one folks. The post authors dream of writing from day one. And while I considered filling it with exciting gifs and all capped exclamations, I decided instead to open up and share “The Real Life” of my path to publication. Hopefully it will bring courage and inspiration to those of you experiencing your own writing journey.

I wasn’t going to be a writer. Not for any particular reason, I liked writing well enough in school, but when I graduated HS it didn’t occur to me that it could be a career path. Instead, I headed off to college in hopes to become a lawyer or PR director or congresswoman etc. But as life would have it, I found my niche in business, accounting, and management.

Fast forward ten years (gulp, maybe fifteen), I got married, I’d finished my MBA, had two kids, owned and sold a business, moved more times than I care to count, and survived a tornado. And one day, amidst the craziness of life, I decided it might be fun to write a book.

So I decided I’d get myself an agent. Five days after I’d finished my book, edited it, and whipped up a query letter, I sent out my first queries on my 47,500 word YA sci-fi manuscript. (I hear some of you snickering…yea, well, I snicker about it now, too.)

And then, I waited. And waited. And most of you totally understand how this part goes. Over the next six months, rejections came pouring in, mostly noting one key flaw: the word count. So as I revised, I participated in writing workshops, agent boot camps, contests and pitch sessions. I swore I wasn’t going to be a victim of first-manuscript-shelving-syndrome, and so I found CPs, betas, and hired a couple editors as professional insight of how I could better my ms. As I reached new benchmarks with my word count, I’d send out more batches of queries, which were finally earning requests. But still no takers.

During this time, I read a lot of industry advice, blogs, expert opinions etc as I tried to make sense of the whole process. I realized it didn’t matter what worked for everyone else, I had to figure out what I wanted for my book and for myself (my career). Then one day it occurred to me, that maybe an agent wasn’t exactly what I really wanted. (And I certainly mean no offense to anyone who has an agent, or any of the many agents that took time to provide personal feedback on my ms.) As I was learning more about the publication process, the timing, the things that went into getting a book out into the world, and who has control of what, I realized being in control of those processes was a BIG deal and something I wanted to have a hand in. It seemed like I’d have more say in the overall publishing process if I went straight to a publisher or press. So I stopped querying agents and submitted my manuscript to a couple publishing houses, all the while considering self-publishing, as was my original intent.

*Insert more waiting here* (But now we’re getting to the good part.)

Fast forward to June 2014. More than a year after I completed the first draft of my ms, after dozens of revisions, after buckets of queries, requests, and rejections, after pitches and contests (oh, how I LOVE the contests), I received not one, but two offers on my manuscript, LINK (Book One in The Shadow of Light series). After weighing contract terms and options, freedoms and flexibilities, I feel so lucky to have found the company that offers exactly what I want from a publisher.

AND…at this time I’m super excited to announce that I’ve accepted an offer of publication from REUTS Publications!

Okay, I had to have at least ONE gif 🙂 Take a second to freak out with Buddy and me!!! I’m ecstatic to work with editor Kisa Whipkey, she knows her stuff, folks. And a huge thank you to Ashley Ruggirello for believing in me and making my dream a reality!

Now that that’s out of our system (though I might be entitled to a couple more random freakouts over the next few weeks), I come to the title of this post: It Takes a Village. I can’t express enough thanks to all of the agents, editors, and writers who helped me along the way. This isn’t an easy journey, in fact, it’s one of the hardest career paths out there. I wouldn’t have made it without my amazing CPs (Melody Winter, Tammy Farrell, T.A. Brock, and Shawn T. Anderson, I’m talkin’ ’bout you), the AMAZING Julie Hutchings (the most amazing development editor and life-giver to my book and soul), all the other wonderful folks in the writing community, my friends, my family, and last, but certainly not least, my mom.

None of us makes it on our own. We come together. We help each other. We never give up. And that’s what people who write books do.

12 Responses to It Takes a Village: My Path to Publication