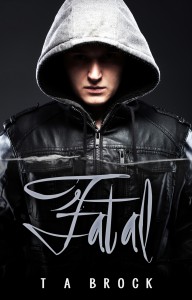 First love can be brutal. Sometimes it can be Fatal.

Grayson Patch hasn’t been human since he was seventeen years old… and that was nineteen years ago. When he rose from the dead, he had no memory of his former life. Grayson desperately wants to recapture his lost humanity. And he’s been told that there is one person in this world who can save him from his current fate before he begins to decompose. One person, whose life must be sacrificed for his.

Cori Abbott has a million things to worry about. She’s the new girl in a school that’s a fraction the size of her old one. Her antisocial tendencies are crippling her ability to make new friends. And then there’s the recent, sudden death of her father, the only man who ever understood her. The last thing Cori wants is the attention of a strange, withdrawn, and consistently angry guy who seems to hate her for no apparent reason. A guy she can’t stop thinking about.

Will Cori break through Grayson’s cold exterior and find the human within, the boy who can love and understand her like no other? Will Grayson sacrifice Cori to rid himself of his undead curse, even if it means losing her forever?

GUYS! If you haven’t heard, T.A. Brock’s FATAL is out! I am beyond excited to review FATAL because I’m so, SO in love with it. FATAL isn’t your average zombie story. Brock takes the paranormal genre to a whole new level with this amazing tale. Her writing is straightforward and descriptive in such a unique, beautiful way. Each character feels so real as they battle their inner demons, as they fight to become better, as they search for love. Their pain is my pain. Their connections, so believable.

T.A. Brock does for zombies what Stephenie Meyers did for vampires…AND THEN SOME. Brock creates an amazing world within our own that is so much more than mindless, rotting corpses. I never thought a zombie story could be so full of desires, heartache, hope or romance, but FATAL has it all! If you only read one book this year, make it FATAL by T.A. Brock. Don’t miss this amazing story!!

Get your e-readers and page-turning fingers ready! Purchase your copy of FATAL: Amazon & B&N and be sure to enter the e-book giveaway below!

“Not dying. No.” The implication was clear. He wasn’t dying because he was already dead. Or undead.

Cori recalled all the time she’d spent with Grayson. Not once had she felt like she was in danger. Never had she wanted to escape him; she’d only ever wanted to be with him more. What did that say for her? That she was drawn to monsters? That two of her closest friends—one of whom she was in love with—were zombies?

Aiken shifted, crossing one ankle over the other. “Remember when I asked you if you loved him?”

Cori nodded, feeling that her eyes were wide but seemingly not capable of doing anything about it.

He gave her a sharp look. “Do you still? Can you love him, knowing how flawed he is?”

Flawed. Cori thought about it. She’d already known he was flawed. Though this was significantly different. She loved Grayson because she’d gotten to know who he was, the
kind of person he was under his tough outer shell. He was still that person, wasn’t he? He might be a—she swallowed hard—zombie, but that didn’t mean he was a monster. He was good. Cori knew she hadn’t been wrong about that. But…

“I don’t know,” she whispered, a tremble running through her.

Now you REALLY want it!! RIGHT??

Click here to ENTER TO WIN 1 of 10 EBOOK copies! 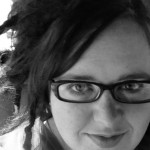 T.A. Brock lives in Oklahoma, where Zombies do not thrive. When not immersed in the world of fantasy writing, she enjoys spending time with her big girl, baby boy, and hubs. Some of her favorite things are coffee (specifically with cream, sugar, and chocolate), music (especially something with a good beat), books (especially paranormal), and Tennis. She despises raw meat and therefore is exceedingly glad she’s human.