Today is the cover reveal for ADAMANT (The Alliance series #1) by Emma L. Adams! I am so excited to read this book, and HOLY COW, LOOK AT THIS COVER! Absolutely stunning! 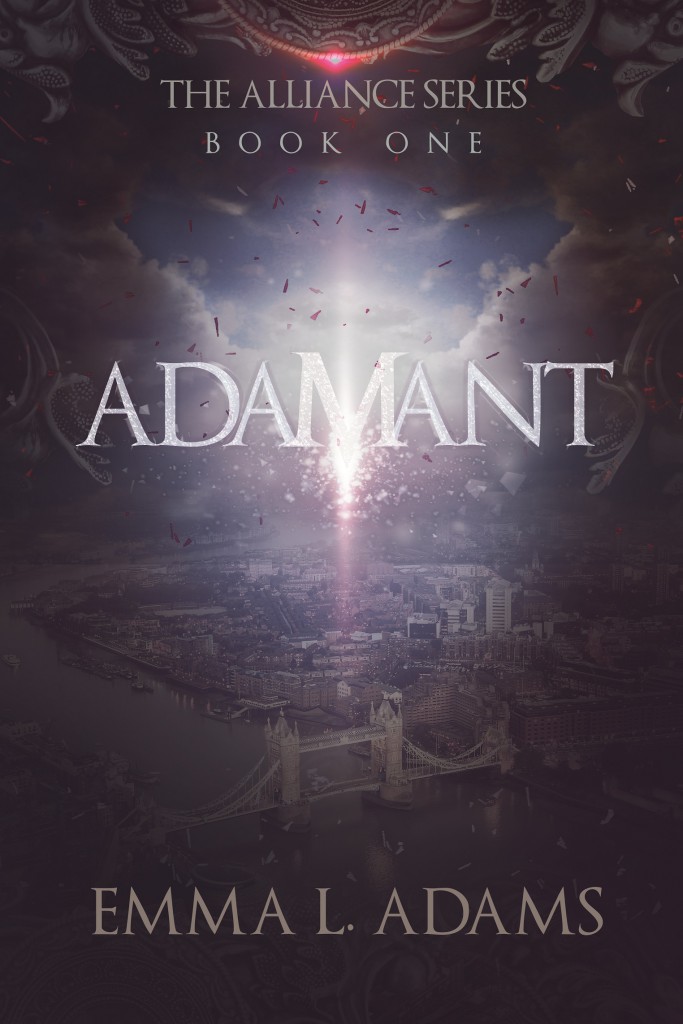 Blurb:
On an alternative 21st-century Earth in which our world is one of many in the Multiverse, the Inter-World Alliance exists to keep the peace between the worlds, and keep the monsters out.

Ada Fletcher is twenty-one, keeps a collection of knives in her room, and is more interested in fighting than her day job as a cashier. She also risks her life on a daily basis, helping refugees from a devastating magical war on her homeworld hide on the low-magic Earth. But when she’s taken into custody by the Alliance, her unusual magic makes her a prime suspect for a supervisor’s suspicious death.

For Kay Walker, whose family founded the organization, there has never been any doubt that his future is with the Alliance – even if it means dealing with sarcastic centaurs and dangerous monsters in the dark Passages between worlds. But when his supervisor is murdered, Kay discovers that a research project might have been the reason, and faces the choice of whether to ignore his instincts or risk becoming the next target, not to mention digging into the Alliance’s history and memories he’d rather keep buried. And there’s something not quite right about the strange, fierce girl he arrested as a suspect.

The last thing Ada wants is to help the infuriating Alliance guard who arrested her, but it soon becomes clear that the Alliance knows too much about Ada’s offworld origins. More, in fact, than she knows herself. Now she has to choose between loyalty to her family, and helping the Alliance save the Earth – and the Multiverse – from a deadly enemy.

Don’t miss the Adamant giveaway for your chance to win a 10$ Amazon gift card!

Enter for a chance to win!
a Rafflecopter giveaway

Emma spent her childhood creating imaginary worlds to compensate for a disappointingly average reality, so it was probably inevitable that she ended up writing speculative fiction. She was born in Birmingham, UK, which she fled at the first opportunity to study English Literature at Lancaster University. In her three years at Lancaster, she hiked up mountains, skydived in Australia, and endured a traumatic episode involving a swarm of bees in the Costa Rican jungle. She also entertained her creative writing group and baffled her tutors by submitting strange fantasy tales featuring dragons and supernatural monsters to workshops. These included her first publication, a rather bleak dystopian piece, and a disturbing story about a homicidal duck (which she hopes will never see the light of day).

Now a reluctant graduate, Emma refuses to settle down and be normal. When not embarking on wild excursions and writing fantasy novels, she edits and proofreads novels for various publishing houses and reads an improbable number of books. Emma is currently working on the Alliance series, a multiple-universe adult fantasy featuring magic, monsters, cool gadgets and sarcasm. Her upper-YA urban fantasy Darkworld series is published by Curiosity Quills Press.

This cover reveal is organized by Lola’s Blog Tours.

One Response to Cover Reveal: ADAMANT by Emma L. Adams